After the sad loss of Pipe Major David C Duncan in 2011 the Band was honored and delighted to be presented with the Silver Drone Award trophy in memory of Davie.
It was fitting and a privilege that on the night of the concert on the 10th March that the trophy was presented by ex Boxy Bass Drummer Mr. Jim Ingles. The trophy was kindly donated by Fred Mckay, ex piper of the band who now graces our organisation with his teaching skills with the beginner group. A grand trophy worthy of winning which will look good in any pipe bands trophy cabinet. 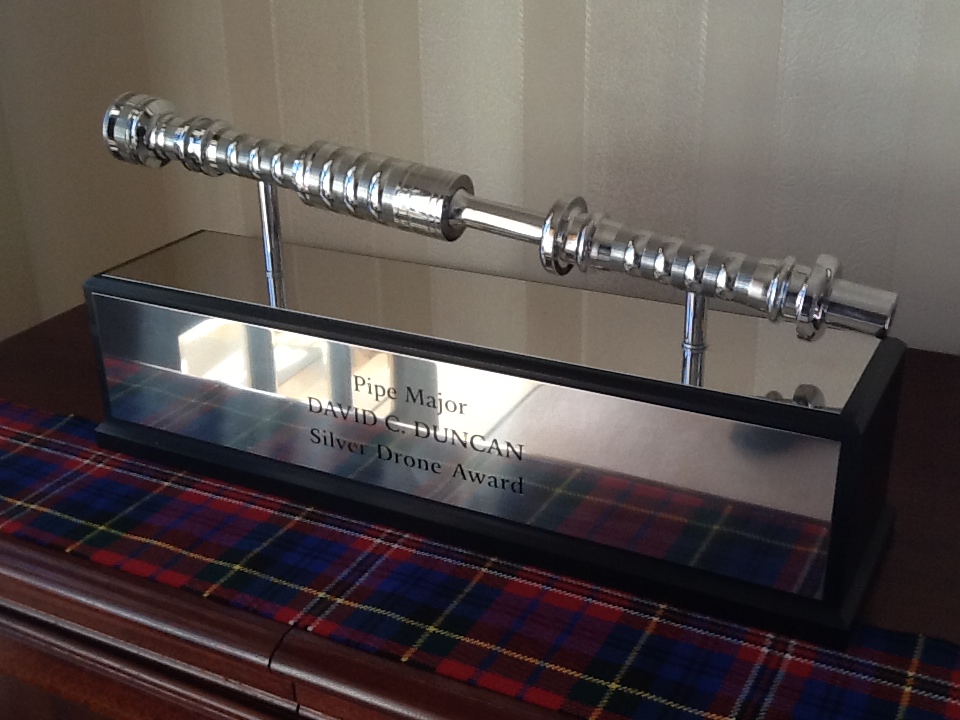 “ When Fred first came up with the idea to donate a trophy in memory of Davie I was gladly expecting a cup or shield but to be presented with the silver drone was, to say the lease, a sight and honor to behold. The trophy is an amazing piece of craftsmanship and I can’t put into words how much this means to the band and, I have to say, the whole of the North East piping community. What Fred has presented to the Band will shine high in the organisations history books forever and because of this David Duncan’s name will forever be mentioned, which is a huge honor for the band. We hope that the trophy will be accepted by the Royal Scottish Pipe Band Association for presentation to a worthy winning pipe band at a major championship competition.”