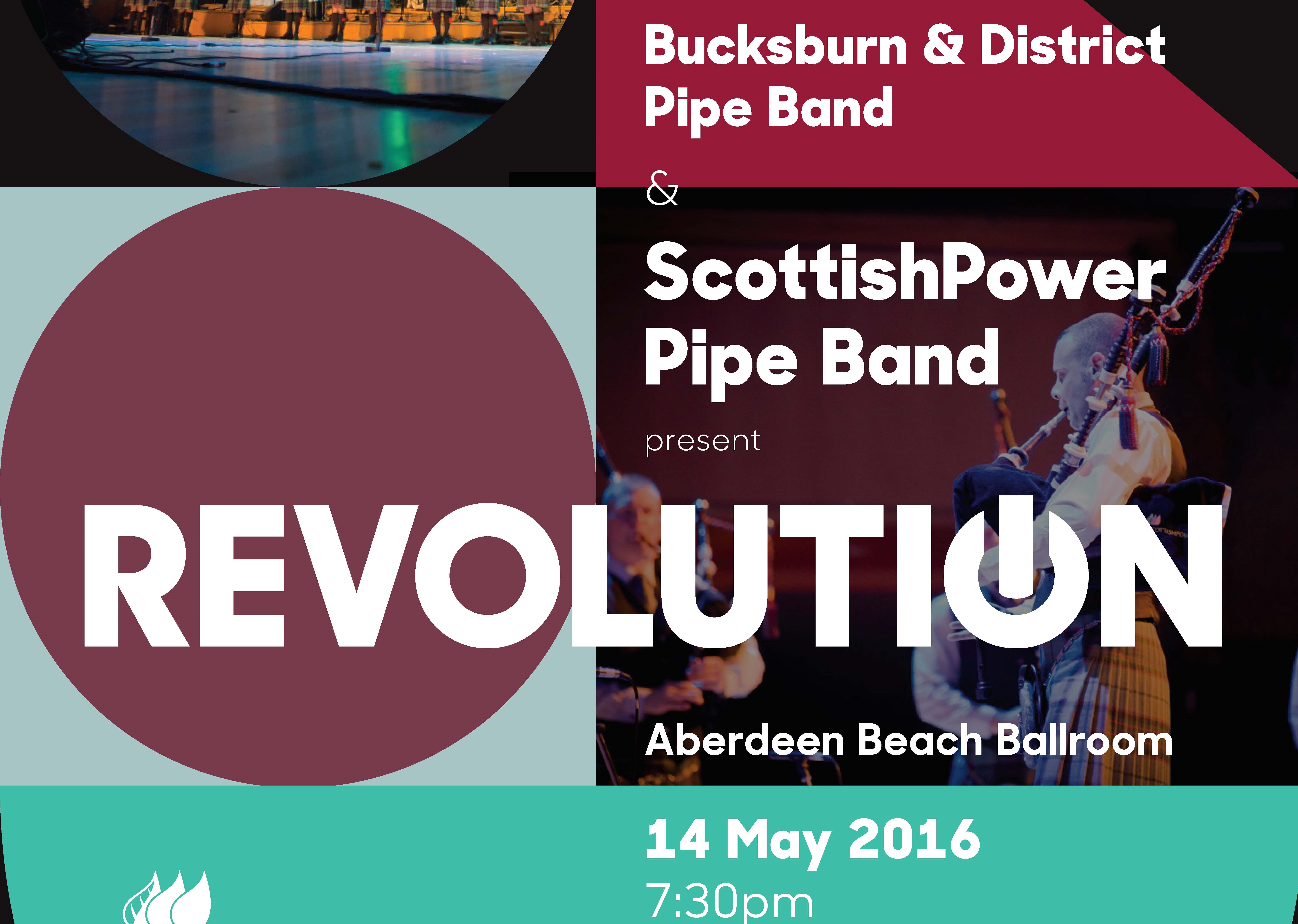 Are you ready for a Pipe Band REVOLUTION!

The sixth annual Aberdeen Pipe Band Concert has quickly emerged as the top performance event of the new UK season, and the 2016 version on May 14, 2016, will see the Grade 1 ScottishPower Pipe Band combine with the host Grade 2 Bucksburn & District to mount a show, named “Revolution,” at the Aberdeen Beach Ballroom.

Moving to the new venue with improved acoustics, ScottishPower plans to record the concert for a CD and DVD release in the summer.

ScottishPower Pipe-Major Chris Armstrong has indicated that his band is well ahead of schedule, already scoring more than two hours of new concert material, developing a new competition medley, and ushering in 11 new pipers and several additions to the drum section.

“We always work on making every concert that bit different and special,” Bucksburn band manager Gus McAskill said. “Our visual intros and visuals throughout the show are a big wow factor, moving to the Beach Ballroom will add another special aspect to the show. It’s an amazing setting for the audience to enjoy the masters of the live pipe band performance.”

The Aberdeen concert has featured a series of contending Grade 1 bands, including Field Marshal Montgomery, Inveraray & District, Shotts & Dykehead Caledonia and Boghall & Bathgate Caledonia. The various bands in the Bucksburn organization generally perform as an opening act and then in combination with the headline band at the end of the show.

“The timing of this well-established annual event is perfect,” Armstrong said. “Preparing for the competition season is hard enough so having the energy and excitement of the concert to work towards makes the hard work all that bit easier. We have heard a lot about the Aberdeen concert and their energetic audiences, we welcome this opportunity greatly and promise to give the Aberdeen audience a very special night.”