Bucksburn and District Pipe Band are delighted to announce the appointment of Grade 1 Drummer Joe Fleming as its new Lead Drummer. Joe replaces Simon Lipp after he left the band in December 2015. 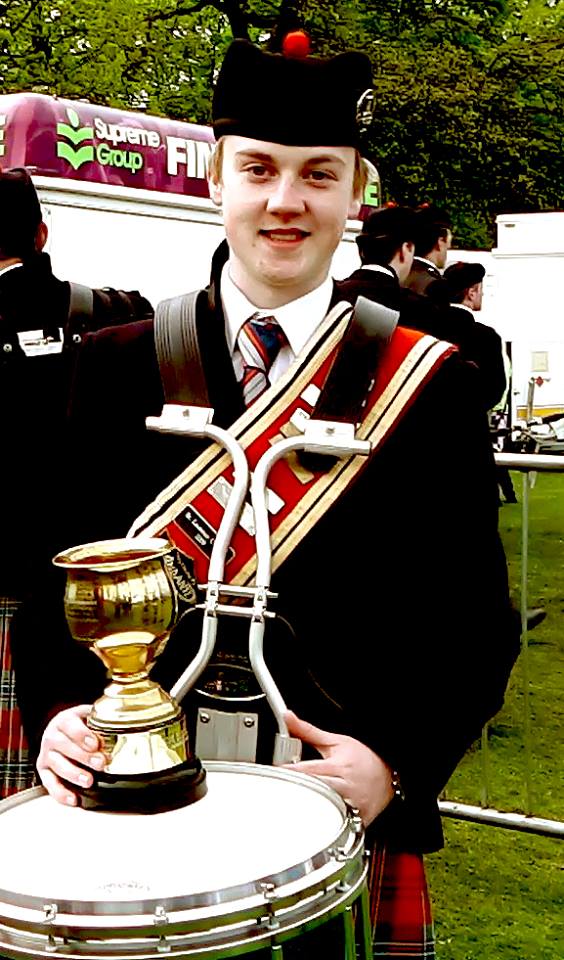 The band wishes to express its gratitude to Mike Haggart for his efforts during his short time as Stand-in Lead Drummer. Mike will continue to help and support Joe in his new role.

Joe is a talented young drummer from Lanarkshire and will this year graduate from the Royal Conservatoire of Scotland with a BA (Hons) in Scottish Music. This will take Joe to Aberdeen where he is keen to improve the standard of drumming throughout the North East and would like to introduce pipe band drumming lessons to schools in the Aberdeen and Aberdeenshire areas. This along with Joe’s success and experience in the top grade with Shotts and Dykehead Caledonia and Inveraray and District Pipe Bands will take Bucksburn’s drum corps to a new level. It has been some time since Bucksburn’s drum corps had seen success on the competition park and Joe and his energised Corp will strive to bring this back to the band again. We have a young band with very talented players who are keen to do well and Joe’s appointment will enhance this greatly.

Joe is relishing the challenge ahead and has commented “this is an exciting time for me to be taking on this new challenge at Bucksburn. There is a lot of talent within the band and I want to build on this now and well into the future. If anyone in the area would like to come along and try out for the band please get in touch”.

Anyone wishing to join the Drum corps under the leadership of Joe or the Pipe Corp please email our Band Manager at boxypb@gmail.com or Joe at JFleming@rcs.ac.uk