That the Bucksburn and District Pipe Band would be a competing band was determined at the beginning. Indeed, one of the influences before 1947 was the jibing of P/M J.K. McAllister of Shotts and Dykehead Caledonia Pipe Band at Davey Duncan during war-time service that, despite a number of accomplished players in the North-East of Scotland, it could not boast a Grade 1 Pipe Band. It is worth recognising here the long affinity that Boxy has had with Shotts, an affinity that was first developed by their respective Pipe Majors.

At the very beginning the Band was placed in Grade 2 by a committee of the Scottish Pipe Band Association (SPBA) but it remained there only a short time and soon graduated to Grade 1 where it remained until the close of season 1978. The band’s most notable result was 3rd place in the World Championships in Inverness in 1960, although the Drum Corps picked up the band’s only Major 1st in Grade One, winning the 1956 British Championships in Dundee. At the end of 70’s, the SPBA rightly started taking a critical look at the competition results being achieved by pipe bands and decided to regrade a number of bands, one of which was Bucksburn. 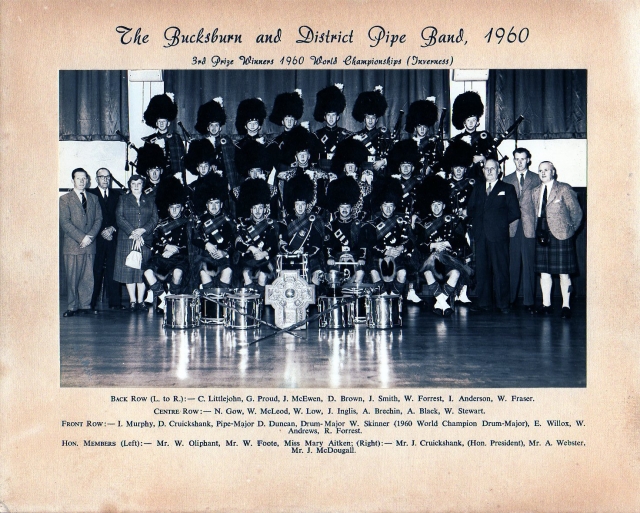 The Band perhaps felt more comfortable with its Grade 2 status and achieved some notable results in that Grade in the 1980’s under Pipe Major J.K. MacDonald, winning the British Championships in 1984, and the Scottish title in 1987. 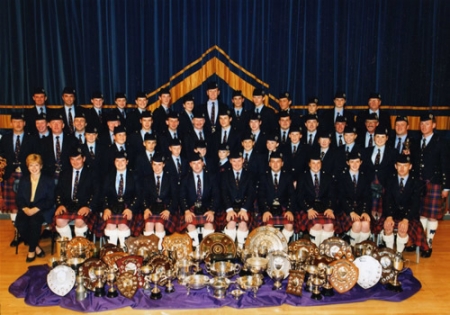 Between the Grade 2 and N/J band, 50 trophies were won in the Golden Jubilee year

In 1998-99 the band won and then defended the title of Champion of Champions in Grade 2 as a result of winning the most points over the 5 RSPBA major competitions (Scottish, British, European, Worlds & Cowal). In 1999 the band added the Drumming Champion of Champions prize to the band title, ending the stranglehold of the Boghall & Bathgate drum corps throughout the late 1990’s. This prize was the also coincided with winning the Cowal drumming prize 3 years in a row!

In the Autumn of 2001, Bucksburn returned to Grade 1, along with local rivals Grampian Police and Edinburgh’s Lothian & Borders Police, the three bands who had dominated the Grade 2 contest that season. After a couple of years competing against the top bands the band was once again regraded to Grade 2 at the close of 2004.

To date the band has picked up the following Major Championships in Grade Two:

It is important also to record the achievements of Drum Major W. Skinner who has brought acclaim to the Band through his individual efforts in the competition arena and helped keep the name of the Band to the fore. The principal prizes won by Bill are:

After the sad loss of Pipe Major David C Duncan in 2011 the Band was honored and delighted to be presented with the Silver Drone Award trophy in memory of Davie.

It was fitting and a privilege that on the night of the concert on the 10th March that the trophy was presented by ex Boxy Bass Drummer Mr. Jim Ingles. The trophy was kindly donated by Fred Mckay, ex piper of the band who now graces our organisation with his teaching skills with the beginner group. A grand trophy worthy of winning which will look good in any pipe bands trophy cabinet.

The trophy has now been handed over to the RSPBA and will be used as the 2nd place prize for the Juvenile grade at the European Pipe Band Championships. 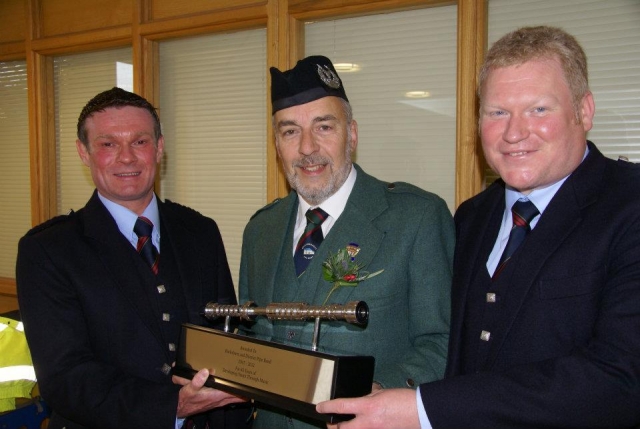