The Bucksburn & District Pipe Band was officially founded in November 1947 although the notion of starting a pipe band was contemplated earlier. informal discussions were held during 1946 in The 4 Mile at Bucksburn – a venue favored to this day by its members for ruminating and quenching of thirsts. The Band’s founding members shared the experiences of different campaigns in World War II as Gordon Highlanders and some as prisoners of war. The pioneering members of the Band were:

Why Bucksburn & District Pipe Band? Simply put, several of the founding members were from the village of Bucksburn on the north-west outskirts of Aberdeen. It was recommended even then that the Band members would be drawn from a wider area. 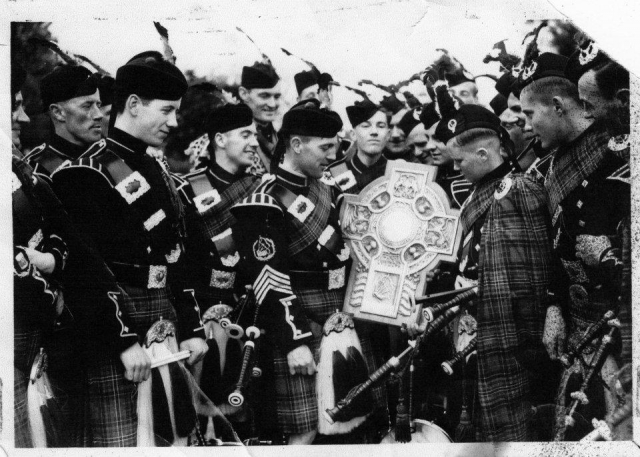 The Bands first engagement took place at the time of its founding when four Pipers – James S Brown, David C Duncan, William Maitland and George Cruickshank – led the Bucksburn British Legion Armistice Parade in November 1947. The British Legion Hall was also the venue where the first formal meeting of the Band took place on 8 February 1948.