The Band has starred on stage, radio and television over the past fifty years. Appearing in Calum Kennedy’s Spring Ceilidh at the Tivoli Theatre in Aberdeen in 1964, the Band played nightly for two weeks between 28 March and 11 April. The Band’s longest continuous engagement was on the stage of His Majesty’s Theatre in Aberdeen in the summer of 1978 when for six weeks it performed twice nightly in the Andy Stewart Show. Perhaps the most memorable part of that long engagement came on the last night when the Band was invited to a beach party at Balmedie – north of Aberdeen – attended by the cast of the show.

On 7 May 1954, the Band took part in its first BBC radio broadcast followed by two further broadcasts in 1960. The Band was heard again over the radio waves in 1963, 1964, 1965, 1997 and 2000. The Junior band also hit the radio waves as part of Robbie Shepherd’s “The Reel Blend” 25th Anniversary live show. A Guid New Year was the show in which the Band appeared on Grampian Television in 1963, 1964, 1965 and 1966 and again in the early 1970’s. Like the true professionals that they were, the members took it all in their stride when they had to pretend it was Hogmanay in the month of October or November when the programmes were recorded. It was a thrill though for Dave Mulholland – an honorary band member from Canada – sitting in the studio audience in 1972 as he witnessed the making of a broadcast of traditional Scottish New Year entertainment. 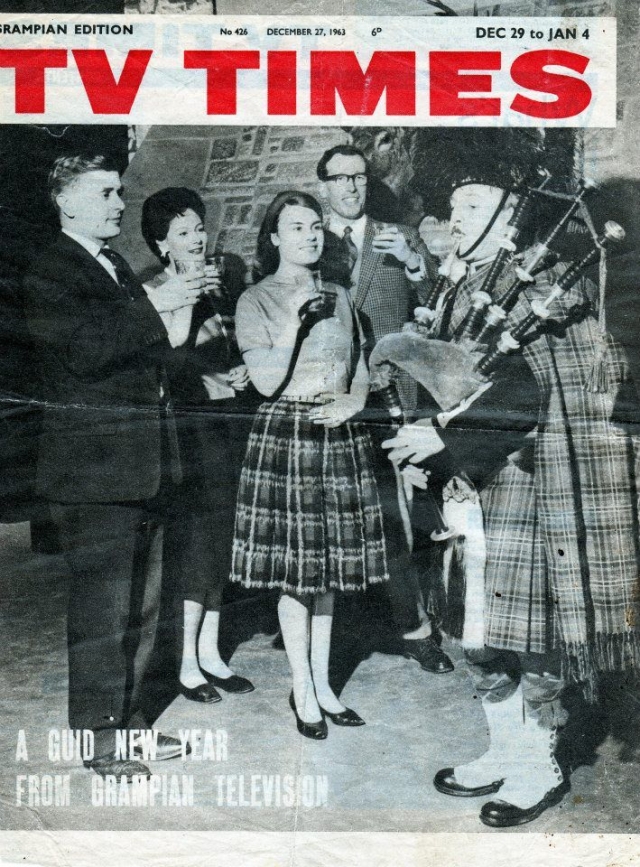 The Band also starred in advertisements made for the small and big screen firstly in 1976 for Younger’s Tartan and then in 1981 for McEwan’s Export. 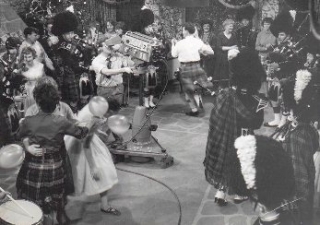 Filming for the Hogmanay Show